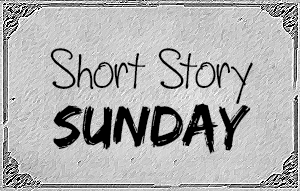 Being part of winter the months of January and February are usually filled with cold, rainy, and windy days. Thus one usually finds it enjoyable to spend those days at home with a cup of warm coffee. Or, since it is also the awards season for motion pictures, one might also enjoy going to the cinema to catch up with award nominees. My roommate and I are avid movie fans so that’s what we used to. It all stopped one night four years ago.

The night I have in mind we were going to see a thriller romance, which we would usually avoid but it featured Angelina Jolie and Johnny Depp so we thought to ourselves how bad can it really be? Awfully bad, apparently. I guess it didn’t help that I had pulled two shifts at a fast food restaurant before going to the midnight screening of the movie. Somewhere along the way I must have fallen asleep. Which is quite normal with me being tired and the movie not entertaining enough to keep me awake. What isn’t normal is waking up all sweaty and frightened as if I’ve had a nightmare but not remembering any details. The first thing I realized is that I was at the cinema. The next thing I did was look left to where my roommate was sitting but he wasn’t there, his seat was empty. In fact, after looking around the room I noticed all seats were empty. The cinema was empty, there was no one there but myself.

I was more confused than frightened at this point but I could sense a fear setting in. I saw the movie was over, though a black screen was clearly still projecting, as if the credits were to run but there was no change. If the movie ended, why wouldn’t my friend wake up? Why wouldn’t I wake up from noise of everyone else leaving? Aren’t there staff members who check the rooms after each screening ends? Too many questions and no answers. As I moved toward the exit of the cinema I pulled out my cell phone with the idea to call my roommate, but it had likely ran out of battery because I couldn’t turn it on. No biggie, I told myself, until I reached the cinema’s front door and realized it’s locked. I tried pushing, pulling, even kicking it but it wouldn’t budge. While with each push and pull and kick I could fear my heart racing faster and faster. How did this happen? Am I spending the night at this place?

I was set on finding a phone, they had to have one somewhere. Making my way through the halls though, I started pondering if just sleeping off the night isn’t a smarter move. I could hear noise. The noise quickly turns into more clear sounds. And the sounds soon turn into voices. What if I’m not alone here? Is that a good or a bad thing? My brain was tired, my body was exhausted, I needed sleep and not creepy thoughts, so I took a deep breath and moved toward the source of the voices. Getting closer to them, I realized they’re not actual human voices. It sounded like they were coming from a TV – and rightfully so, there was a movie playing. From fear to disappointment, I could not catch a break. I had almost decided to give up and find a comfortable place for spending the night, when I noticed a black shadow in the front rows. It looked like a small dark figure moving quickly between the seats, making its way toward the back exit of the room. In the dark I could not see who or what it was, I just stood there observing its movement. As the light of the movie changed, from dark to light, I caught a glimpse of it before it disappeared through the exit. An extremely thin, crooked figure. It wasn’t small as I thought, it looked tiny because most of its body was slithering on the floor.

I was seeing everything from a different point of view now – there was no sign of my friend, my cell phone wasn’t working, I was in an empty, locked up cinema, and there was something else with me there. Something I couldn’t even define and the bare thought of it send shivers down my spine. I was frozen, blocked, unable to move or maybe I just didn’t know where to go but I knew I was just standing there. I tried to shake off the negativity from my mind and left the room. I decided I’ll lock myself up in the owner’s office so I made my way down the hall. I didn’t make it even ten feet when I saw the thing again. It was coming from the restricted areas, it had likely visited the offices – but how did it get there so quickly? Or were there more than one? I noticed that I can hear the thing making a snake-like hissing, but stronger, sharper, and it sounded a bit deeper. It’s probable that in the previous room the sound from the movie was preventing me from hearing any of this, but now the hall was mostly quiet and I could hear it. I could hear it clearer and clearer. It was coming this way.

At this point I was completely worn out. My body and my mind kept reminding me about the lack of sleep, lack of food, lack of water, and pointing to the excess stress, dismay, and fear. I did not have the energy or the will to pretend that I’m strong or that I’m smart or to make strategic moves. I decided to make a run for it. The bathroom was close, I could lock myself up in there and hope I make it to the morning. Due to being exhausted my running wasn’t very fast, and even though I’m sure my feet were stumping on the ground and my heart was thumping, all I could hear was the noise the slithering was making. I was so focused on reaching the bathroom that I didn’t think about other possibilities – just as I was about to enter the bathroom I noticed there’s a short corridor on the right that has stairs which lead to the roof. I pushed the bathroom door as hard as I can, hoping it distracts the thing, and made a run for the roof.

The idea of getting away from that thing and that place gave me hope and strength, I could feel myself rushing at a faster pace than before. In fact I was moving so fast that I completely forgot to lock the door behind me. I thought to myself if there are stairs to the roof then there must be fire-escape stairs that lead down from the building. And there were, I could see them as soon as I came out on the roof and without even stopping to take a breath I kept running. I’m not sure if due to my state or my rush, as I was going down the last stairs I slipped and couldn’t hold onto them. Within a second I found myself on the ground, lying on the back and my whole body aching while all I could do is let out a scream of pain.

I keep going back to this moment, I’m not sure if it was a response to my scream or a victorious roar of its own, but at that exact moment the thing peeked from the room and let out a vicious hissing sound that resonated across the whole street. Despite all the pain and exhaustion, I pushed myself up on my feet and started running. I never glanced back, not even once. I just kept running. I do not remember how but apparently I almost made it to the hospital, I had collapsed nearby and someone picked me up and took me inside. I awoke the next day, but the joy of surviving last night’s happenings quickly faded away. While I made it out alive, I  was informed my roommate didn’t, or at least they couldn’t find him. In fact, they couldn’t find any of the people who were in that cinema last night, I was the only person who made it.

It’s been 4 years and the police never really got any leads on the case. But then again, I never told them what truly happened to me that night.