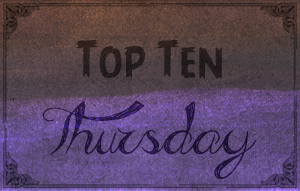 [No worries, this is spoiler-free!] There are so many shows out there, yet so little time to watch all of them. We may choose to watch only popular or critically acclaimed ones, but the truth is regardless of whether a show has had a good or bad course, the last episode can always go the other way. There are bad shows with great endings, good shows with bad endings, and if I’m being honest I’m not sure which case is better. Here’s my list of favorite top 10 series endings till today (do note there are countless shows I haven’t seen).

I’m listing this here not because of its greatness but because it marked this show’s end. Okay, jokes aside, it wasn’t horrible. It was something and it was likely the best it could have been after everything that happened in the previous seasons. This show got so complex, with double and triple meanings and “it’s up to you to decide what that is” that I was expecting it’d have a joke of a finale. And while the finale doesn’t really reveal much, it was decently done and managed to wrap up a series that should have ended way sooner.

I’ve previously mentioned (might not have been here on this blog but I’ve definitely expressed that previously) that this show wasn’t really my cup of tea — but I cannot deny that it was quality TV. Its finale was controversial, some people still aren’t over how it ended, but I believe it was a bold move and something unique. If you’ve watched it, whether you loved it or hated it, it’s definitely something you’ll remember.

To be upfront here, I started hating this series because it got so ridiculously repetitive and lost all signs of a plot in it. It was basically running season after season because of the main character and his responses to those around him. Except in their final season it improved significantly, and managed to deliver a satisfying end to what was becoming a tiresome song on repeat.

I feel this show was starting to become slower as time went by, but it picked up the pace for its ending and it certainly delivered a quality finale. So many references, so many jokes, so many references to jokes, and yet it also provided a lot of sweet and touching moments. It was a refreshing episode that shows the spirit of the whole series.

A fantastic wrap up, a lot of highly emotional farewells, and overall a great ending for a great series. I

Small time jump, a reunion for all employees throughout the series, and a wedding. Maybe it’s all of those things that, maybe it’s the emotions, maybe it’s the humor, but the Office’s finale was a satisfying end to a very long (yet always funny and true to itself) series. I don’t believe it could have ended any better.

Another comedy, another very long series, and another fantastic ending. Everyone takes their separate way (except Ross with Rachel and Chandler with Monica), some sad farewells are said, a final cup of coffee is to be taken at the one and only place, and we have a final look at the now-empty apartments which look so sad.

I loved their series finale for two very simple reasons — it gave closure for all characters, but all of that was done by an episode completely different from how they ran the whole show. And it was the good kind of different. In many aspects I believe this show can teach every writer or producer a thing or two, because despite all their flaws it will go down in history as one of the best series.

This one just took place but it has strongly placed itself near the top. After their previous season’s final episode I thought they will never manage to produce anything better for a finale. That episode in itself was better than most series finales, making anything as good as that was mission impossible. Yet, they managed to accomplish said impossible mission and delivered a finale which not only wraps up everything, but provides a lengthy and detailed view at the happenings of many characters from the series (both leading and supporting ones). Humor mixed with sadness, laughter mixed with tears. Ron Swanson would likely say “crying: accepted at funerals, the Grand Canyon, and the series finale of Parks and Recreation.”

There was a lot of talk about this one and it’s clear everyone didn’t enjoy it. But to me, it was perfect. It featured everything I think it needed to have, nothing less and nothing more. That’s how the whole series was, in my humble opinion, and I love that they stayed true to their goals. I had many scenarios in my head about which direction the show will take for the finale, but in the end I’m pleased with how things actually went down.